TLDR: Bigger fleet cancelled, small gang of 9 stayed, went to Provi, killed 650m of ships, got surrounded by 30+ Provi response fleet, escaped because of hero pilot who reshipped ceptor with probes and got out through ncdot null.  To learn more about Spectre Fleet, click here.

Like all good stories, it started with a noble task. It was late (6:00 EVE time) and someone announced there was a high value target in Spectre fleet.

We banded together to chase after a Kronos, an expensive marauder-class ship that jumped into a wormhole. Unfortunately, the marauder jumped back to high sec after a failed tackle and the yet-to-arrive fleet was called off.

But there were nine that didn't want to give up the noble quest of EVE jihad.  Nine random strangers, forged together through a common bond -- the color of purple (NPSI). Courageous and maybe a little bit foolish, the nine chose to stay in fleet and find another fight.

These heroes were: Aritani Rimsan, Canttro Yarlax, CombatSmurf, Dominic Pierce, EMU EVIL, Harvestor II Harbinger, Prof Hubert, RiotRick, and Sir Jormor. Through a very thorough and diligent process, akin to throwing darts at a board, the group chose me, RiotRick, as fleet commander.

Reship!
With a quick reship in Amarr, the kitchen sink fleet converted into two interceptors, one logi, and six T1 cruisers. We headed to KBP7 after seeing some activity, and the moment we landed on grid, we killed a Magnate, then a Malediction with 421 million ISK worth of cargo (op success!). 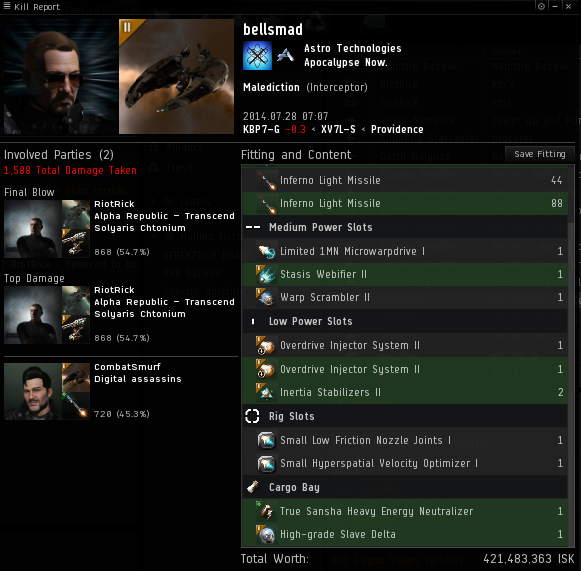 Then as we moved into B-WPLZ, we faced a small gang: Hound, Police Pursuit Comet, Maller, Exequror, and Brutix. [The full battle report is here.] 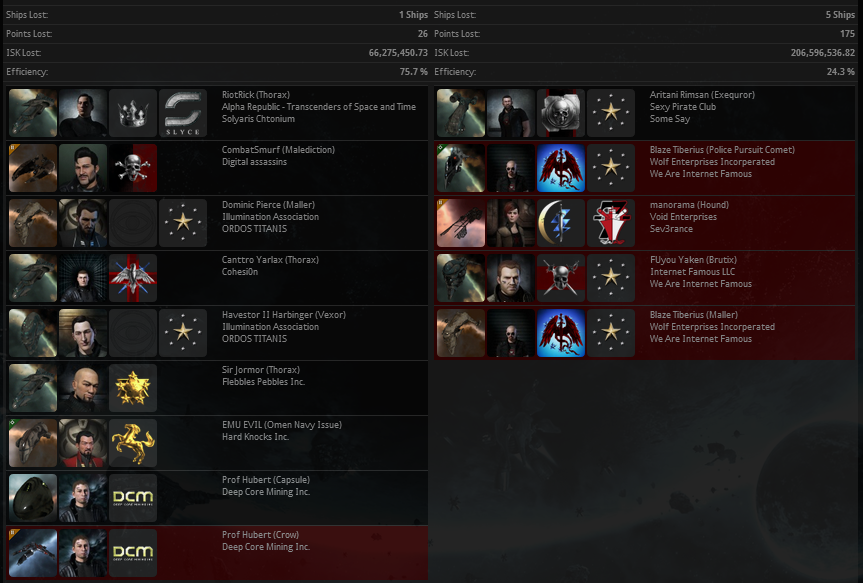 This is also where we suffered our first loss, Prof Hubert's crow, that served to be a blessing in disguise later on. 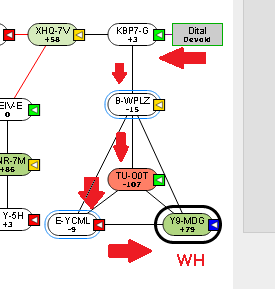 My intent was to come in and out of the pocket fast; however, I didn't anticipate we'd immediately face off a small gang which gave Provi time to field a response fleet and facilitate a "road block" at KBP7-G.  And now our fleet was stuck with few choices. If we forced our way out, we'd be bubbled and would face immediate death. CombatSmurf did some hero scouting with his ceptor and was able to count almost thirty pilots with caracals, rapiers, enyos, ishtars, and hurricanes...then he died.

So we warped to TU-O0T to get some distance between us and the enemy fleet, and finally we looked at our options: (1) Die with no chance of taking anyone with us (2) Find a wormhole and fight on our own terms and escape.

Prof Hubert knowing his brothers in arms were trapped, came back into another interceptor with core probes. So we jumped all around our pocket of space to see if we could find a wormhole, and finally saw one in Y9-MDG. However, the enemy also knew our choices and already had a flycatcher waiting for us at the wormhole entrance.

As we warped in, he bubbled the entrance, and the Provi came in for the kill. I made the call to not engage and jump the hole, which saved most of us. Havestor II Harbinger got caught as he entered and had a solo fight and got us another kill, then the rest of Provi followed in and podded him.

Bouncing through random celestials inside the C6 wormhole (J122452), we were waiting for Prof Hubert to get his scans completed for our exit.  Dominic Pierce, Aritani Rimsan, and Canttro Yarlax were struck down in different engagements inside the hole, and out of nine ninjas, there were three left: Prof Hubert, RiotRick, and Sir Jormor.  [The full battle report is here.]

Once we found a hole to another part of EVE (ncdot null), we made best speed from null to low sec avoiding bubbles and small gate camps, and we managed to kill one more ship on the way home.


What made this roam exciting and slightly different from other small gang roams that I've been a part of was the fact that we were cornered by overwhelming numbers, trapped in a pocket with no k-space exit, and some of our ships were able to survive to fight another day. As one fleet member stated, "My adrenaline was pumping the whole time" because we were constantly on the run.


RiotRick is one of Alpha Republic's fleet commanders, a member of the Solyaris Chtonium (SLYCE) alliance, and a junior FC for Spectre Fleet.
Posted by Publisher at 6:21 AM