Mackinaw Pilot: How I Survived 7 Catalysts 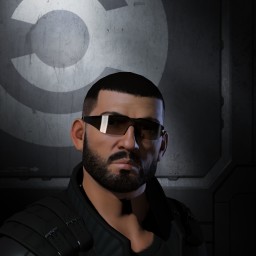 Our story starts out today with Fallen monk, one of the oldest miners in the game. He volunteered to mine some good ole high sec ice for us...with a Mackinaw. And better yet, a tanked Mackinaw.

And you know what Mackinaws do to gankers like Valhallas Angels: it attracts them, like moths to a flame.

A quick effective gank requires a warp-in. Their warp in was no other than Odin Draugadrotti, the CEO of Valhallas Angels.  (He later confirmed he uses isboxer to control his impressive number of catalysts.)  His first three attacks utterly fails to kill Fallen monk, who was mining ice the entire time of the gank attempt.

Monk apparently was laughing so hard he couldn't keep his hands on the keyboard/mouse, because three destroyers just got blown to bits by CONCORD.

So now Monk has a mark -- someone who feels inadequate, who needs to prove himself to the world that he isn't gank dysfunctional.  (Maybe a drug booster would have helped?)

Shortly after his small defeat, Odin logged off. He popped back online a couple hours later, and noticed a friendly mail from some random stranger named Culpa Vyvorant, encouraging him to do it one more time...

And so Odin, encouraged by another and fueled by his resolve, cranked up his next set of catalysts.  This time it won't be three catalysts, he reasons, but four! Nothing could go wrong, right?

Sadly, everything goes wrong for Odin.  All four catalysts couldn't break Fallen monk's tank. Like the other attempt, Odin was the warp-in and the four catalysts did their work.  He was so focused on his target while controlling his isboxer windows, he unfortunately fell to what we call "tunnel vision". His biggest mistake? He failed to notice one simple change on the grid: the Mackinaw was getting remote shield reps.

And of course, others that saw this incident also chatted with him...

Posted by Publisher at 3:10 AM